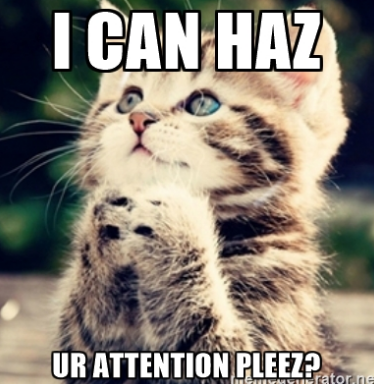 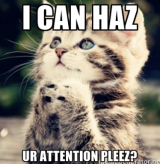 Have you ever had to transcribe oral speech?

If so, you know it can be a tedious process–listening to a recording and then typing out utterances word for word.  Word. For. Word.

But transcription is not as easy—nor necessarily as boring—as it sounds.  It involves translating spoken language into written words and like any other translation project, this requires some interpretation and finesse.  For example, when a speaker says what sounds like “I’m gonna leave now.”  Should that be written as “I’m going to leave now”? or “I’m gonna leave now”?   If an adult English Teacher says it would you be more likely to write “going to”?  If a 10-year-old in the class says it, would you be more likely to write “gonna”?  How do age, race, gender,  socioeconomic status, institutional role, and any other aspect of the situation figure into that interpretation?

The sociolinguistic, Mary Bucholtz, in her article, “The Politics of Transcription,” has pointed out that even established researchers often make transcription decisions in ways that indicate underlying biases.  When someone uses a certain spelling for one demographic or social role and a different spelling for another, Bucholtz calls this “eye-dialect.”

So, the tedious act of transcription becomes political, and the stakes can be high: A courtroom transcript, for example, that represents a defendant’s speech in stigmatized eye-dialect, could leave a record that unfairly influences a jury’s perception of that individual.  Bucholtz urges transcribers to be mindful of the choices they make when they transcribe—accounting for how their representations create identities for speakers.

Last week, however, when talking about “The Politics of Transcription” in my graduate class on Classroom Discourse Analysis, one of the students pointed out that many individuals—especially teens-these-days—use something like “eye-dialect” to purposefully add nuance to their text messages, Facebook and Instagram posts, snap-chat stories, or any social media that mimics “conversation.”

In these kinds of self-transcriptions, people usually call on eye-dialect to deliberately construct identities for themselves.   In this way, they are creating citizen transcriptions of themselves, calling on their own knowledge of local social value connected to transcribed forms of talk.  Citizen self-transcribers crafting a text message, just like reflective researchers transcribing language “data”, can be painstakingly mindful of the identity they present when they translate a spoken-like message into a social media message.

Here is an example of my own speaking-to-my-son self which I found in our text message history:

In my mind, this message, including its eye dialect, captures my kind yet concerned loving self.  The spelling of “Pleez” conveys my sheepishly earnest need for my teenage son to keep me in the late night loop.

Probably the best guard against bias among social scientists or courtroom transcribers is to treat all speaking the same way and be as uniform as possible.  But when we everyday individuals transcribe our own voices into text messages, we participate in an unstandardized, yet high-stakes world of eye dialect.  My own Emoji smiley-face, heart, and old-lady face probably also convey some middle-aged white lady dialect.  But that’s okay.  That’s who I am. And, I’m the one who transcribed it.

Those same features of transcription that can seem to unfairly bias social science research or stigmatize a defendant in the courtroom, become powerful communicative resources for the citizen self-transcriber.  And, the citizen self-transcriber might have a more sophisticated command of bias than your average social science researcher—because they know that there is not a “correct” way of doing it, only better and worse ways of communicating one’s identity in each unique socially mediated context.

What type of eye-dialect do you deliberately use in your text messages or social media self-transcriptions?  How do you use it to craft identities for yourself?  How do you read other messages and interpret “eye-dialect” there? Do you ever write messages that used your own “speshul” brand of spelling? Please comment and share your ideas and examples below!