How Do Billionaires Speak? 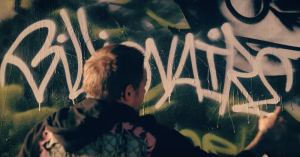 “I wanna be a billionaire so fucking bad”—Bruno Mars

Maybe you’ve heard the above lyric from Bruno Mars’ joyously light-hearted pop song? The lyrics go on to imagine spreading money around and making friends happy–beer and scooters for everyone!

Last night during the Democratic Debates, the word “billionaire” also came up quite a few times, in not such a favorable light. At one point, Bernie Sanders even said, accusingly, that he was the only one in the debate who is not a billionaire. This came as a shock to me. Everyone seemed white, privileged, “rich” maybe, but billionaires?

What is a “billionaire” these days? Can you tell one when you see one? Can you hear it when they speak?

This brings to mind a perennial question in the world of Citizen Sociolinguistics: How do rich people speak? Decades ago, the Boston Brahmins where held up as the prototype of genteel isolated rich people who spoke in the richest of the rich type of way, as depicted in the PBS video, American Tongues.  This speaking style seemed to seep into the world of Cary Grant and Katherine Hepburn a la Philadelphia Story. And, look up “How rich people talk” now and you will find that guys on YouTube have clearly absorbed this stereotype:

Last week, this same question, about the speech of rich people, came up in the 11th grade English class I frequent, in a discussion of Hamlet. Their teacher reminded them that the nobility usually speak in iambic pentameter (unless they are going crazy, which calls for prose). Here, a sane King Claudius illustrates:

So, in the fictional world of Shakespeare, rich people speak in Iambic Pentameter (and in this case, with the royal “we”). And Boston Brahmins (and their movie star acolytes or dude imitators) speak in a  “British” sounding r-less style.

But today, real billionaires don’t seem to speak like one another at all.  Consider the obvious exemplars: 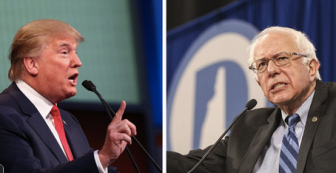 Does this mean we have entered an new, open-minded era in which people don’t judge each other on the basis of how they speak?

No.   People who want to move into a stereotype of white privileged society will always need to alter their speech and talk like a stereotype of white privileged society. But they will not be talking like Donald Trump. No, they will be speaking in a way that reflects an intractable language ideology: Poor, marginalized, racialized people don’t speak properly (even if Billionaires speak the same way!). From within this ideology, the necessary (though not sufficient) way to not be poor, marginalized, or racialized is to change the way one speaks.

Being a real billionaire, on the other hand, provides one with the freedom to speak pretty much any way one wants to.

So, when Bruno Mars sings, “I wanna be a billionaire, so fucking bad,” he is not talking about being genteel or enjoying tea with a Boston Brahmin while discussing Dickens. He’s talking about buying the freedom to not care about how or what he speaks about, and to spread that joy to his buddies. He may not be speaking eloquently, but he makes an idealistic point: Billionaires (and Bruno Mars may even be one at this point!) don’t need to be selfish or stuffy. They have the freedom and money to make the world a better place for more than just themselves. They don’t need to talk a certain way, and they don’t need to act a certain way.

Billionaire politicians are real. And they are precisely the ones who can talk however they want to—they are rich, and they still get along with “the people”! As these debates continue, as we find a new President, let’s see what these billionaires do with their language. And let’s see how, beyond their free wheeling speechifying, they plan to use the freedom that billionairedom buys them.

3 thoughts on “How Do Billionaires Speak?”