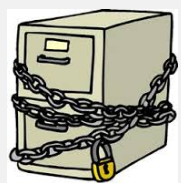 As all University researchers working with language know, if you record language, you must keep it in a locked filing cabinet or a password protected web location.  For ethical reasons.  Our Institutional Review Boards will insist on this.

What (you may be wondering) is ethical about locking up language samples? Even keeping them from the speakers who created them?  The idea is that if you are collecting talk from someone, you need to guard that “data” to protect the speakers from anything damning (embarrassing? false?) about them that those samples might reveal.

Only the researcher will still have access to this data.  Ostensibly, in the role of a professional, with the training necessary to responsibly handle this language, the researcher will have the skills and knowledge to do the right thing, should they want to say something touchy about that language.

But, even as researchers lock up the drawer or type up a passcode for a website, people continue to talk.  The voices we record for our research do not fall silent once we turn off the recording device.

Speech –our own and others’—is all around us.   How do we protect those people from being interpreted in dangerous ways by the random ordinary people walking around judging how they speak? We don’t!

Fortunately, in real life we don’t need to hack into some password protected site to hear real language—or to analyze it.

We don’t even need to be professionally or academically affiliated in any way.  Many people out there listening to the freely available language samples are expert language analysts.  Their expertise may differ from that of a PhD Linguist, Applied Linguist, Sociologist, or Linguistic Anthropologist—but those everyday language analysts (I call them Citizen Sociolinguists) are not necessarily any more or less responsible in their interpretation of other peoples’ speech than a trained academic researcher.

Nor are those everyday analysts necessarily more or less tuned into their sense of ethical obligation toward speakers.

Nobody–University researchers or everyday opinionators—exclusively holds the ethical high ground when it comes to making statements about other peoples’ language.

Nobody has a premium on dumb or misguided interpretations—or on the most definitive explanation.

A good analogy might be the “Traditional Dictionary” versus “Urban Dictionary”.  Which is most definitive?  It depends on what you’re looking for and what sorts knowledge you care about.

Similarly, “Sociolinguist” versus “Citizen Sociolinguist”:  A sociolinguist may notice, measure, and catalogue discrete aspects of sound—but a citizen sociolinguist may notice identical features and simultaneously many other social features that go with those discrete linguistic bits: the types of people who use that type of speech, the way they dress, where they live, or personal stories and experiences with that bit of sound.   Anyone can easily access these types of everyday insight by looking up questions about language on line.  Google “How to speak like a _____” and you will encounter many examples of Citizen Sociolinguistic analysis—from the most raw to the most subtly incisive—and you will see many comments sounding off on the accuracy of these linguistic portraits.

Back to Locking up Language: When we officially gather and lock away some bits of language, we also place limits on our own knowledge, because we only let a few people interpret it and publish the results.  Locked up language isn’t even available to the people who spoke it.

So, what to conclude?

I’d like to suggest an Open Source approach to language.  If you record some, share it! And, certainly share it with the people who spoke it.  But also share your analysis.   Let ordinary speakers share theirs.  Just as Open Source software improves when more coders are involved, understanding human language will inevitably become more important and relevant when it includes more perspectives. Tell that to your Institutional Review Board!

But—you may disagree.  How might sharing language data be unethical?  What might we lose in the open-source approach? What are other ways to ensure all language gets treated with respect?  Please share your thoughts below!

How do you translate talk and text? For many, Google Translate, the on-line translation robot, comes into play. But Google Translate makes mistakes, so ingenious humans have figured out nuanced ways of using it in not exactly the way it was intended: Google Translate hacks.

In the transcript below, from Meredith Byrnes’ research on bilingual family literacy, a bilingual mother is explaining to her two boys (ages five and six) how she translates the English idiom, “school of fish”:

Bilingual people like this mom have special knowledge. The boys will not be able to simply use word by word translation or  a dictionary or even Google Translate for an idiom, because it does not translate literally:

Flash forward 10 years in the life of a bilingual family. Often, bilingualism is distributed across a family, parents having expertise in one language, children in another.   Robert LeBlanc’s research on multilingual literacy among teens who attend a massively multilingual Catholic Church (services offered in English, Spanish, Vietnamese, and Tagalog) illustrates this point.  And, he learned about this Google Translate hack one family developed there.

Teens who attend this church regularly use Google Translate as just one of several translation steps to read scripture publically. One teen, who doesn’t speak much Vietnamese, or read any, manages to recite scripture aloud in church. These are his basic steps:

With this hack, Google Translate, which seems impersonal and error-prone, has the potential to function as an intimate medium, forcing at least one teen to engage deeply on a multilingual task with his mother. 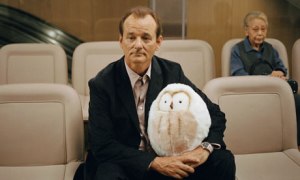 Lost and Found in Google Translation

Have you ever indulged in a movie… outtake? The DVD ends and scenes flash beside the credits, featuring the very same movie actors you just watched–breaking character. They swear or burp or burst into belly laughs, when they are supposed to be exuding wisdom or dying or committing a felony. 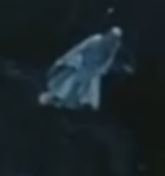 Even animated movies have outtakes. Toy Story outtakes, for example, proliferate on the web—as if the anthropomorphized toys are so real that they, like human movie actors, sometimes break character and burp or giggle at the wrong times. 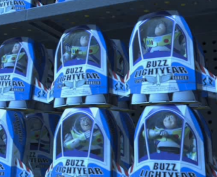 Buzz Lightyear after burping in his packaging (Toy Story outtake)

Outtakes were once perhaps simple teasers to make people keep watching during the credits after the movie ended. Now they are specially produced and sought out on the web for their own, unique merits (one Toy Story compilation on YouTube has over six million hits). Why? What makes outtakes interesting to people?

Outtakes show that actors—even the toy Pixar characters?—have lives beyond the artifice of the movie set piece. They react to situations and interact with each other in a huge variety of ways, some of which may be familiar to us, or idiosyncratic and new (like the way Seth Rogan giggles). Also, they make us feel like Hollywood insiders. Movie making isn’t as elite and exclusive a process as we may have thought. Outtakes reveal the process. They also suggest the joy in it. Maybe making the movie was even more fun than watching it.

Now, how does this citizen enjoyment of movie outtakes relate to Citizen Sociolinguistics? Think of the “research article” in place of the “movie.” The article, conference address, or book, like a Hollywood production, emerges from careful editing–the squeezing of countless interviews, observations, field notes, recordings, videos, into the professional medium of a journal article. As with moviemaking, quite a bit ends up on the cutting room floor.

But, language researchers seem to delight in resurrecting those bits that didn’t fit their professional storytelling venture (or research methodology). Just as movie producers (and viewers) delight in replaying Ian McKellen swearing about his robes in The Fellowship of the Ring, language researchers (and readers) relish the unexpected stories that emerge inevitably when doing research with our fellow humans.

It seems that the more rigidly traditional the research parameters, the more delightful the cutting room scraps. William Labov, for example, in a write up of a study that focused on five phonological features and their stylistic variation across five domains of use in New York City, honors his readers with dozens of asides and footnotes that call attention to idiosyncratic features of the humans involved. For example, the research subject Steve K draws these anecdotal descriptions from the staunchly quantitative researcher:

He studied philosophy for four years at Brooklyn College, but left without graduating; he had turned away from the academic point of view, and as an intense student of Wilhelm Reich, sought self-fulfillment in awareness of himself as a sexual person. (p. 104-5)

While Labov includes these descriptions of his subjects (and this one continues in a footnote), he concludes that they play no part in the focus of his research on stylistic variation. Yet these Steve K sorts of descriptions remain a hallmark and entertaining highlight of all Labov’s research.

Linguistic anthropologists, like sociolinguists, also indulge in the anecdote and aside. I still recall clearly the story one of my anthropology professors relayed about a white (Caucasian) anthropologist’s fieldwork. In a discrete epilogue to his book length ethnography, he revealed that, during his entire time living as a participant-observer in remote Indonesia, the community thought he was a ghost.

In the spontaneous moment of an introduction or over wine at the post-talk reception, a researcher might share something about the connection of their work to their own life. Last month, for example, an esteemed, senior sociolinguist gave a talk here at Penn, and introduced his quantitative, fine-grained analysis with a story about his own experience as a graduate student with a stigmatized North Philadelphia accent. Long after he had finished his PhD and had begun to emerge as a leader in the field, his mentor/professor confessed: From the way you sounded in class, I never thought you would really make it through.

These research outtakes reveal the artifice of the research project and even the research training process, throwing what we might have ignored into the public’s view.

What we thought was marginalia may be what drives the work.

These days, sociolinguistic outtakes need not drift into the obscurity of footnotes, or asides during the post-talk reception. The structure of social media, the networked arrangement of the Internet, digital media that hyperlinks footnotes and other information, all make asides as easily accessible as the main research article. And those who are “subjects” in that article may be reading or listening to those asides. What if they joined the conversation?

What if we focused on the outtakes? That’s a Citizen Sociolinguistic approach. Now with social media and hyperlinks to even the most obscure trivia, the institutionally sanctioned research question can easily fall to the background, and the footnote can become focal. As the Cowgirl from Toy Story says in a blooper when she accidentally pulls off part of Buzz Lightyear: Should we put this in the movie now? 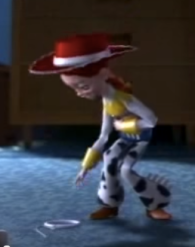 Maybe we should put more sociolinguistic outtakes into the official research. We may discover that the new post-globalization, post-Internet language diversity (or “super-diversity”), has been here all along, in the outtakes.

What “asides” become central to you? Do they take you off-track, or show you a new perspective, something you never knew about before? Please comment below!