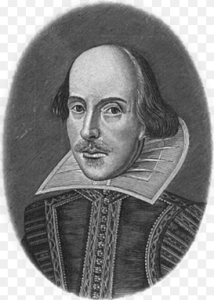 Last week in an 11th Grade English class, the English teacher and I started a discussion of language in Hamlet by presenting this poetic musing from D.H. Lawrence:

When I read Shakespeare I am struck with wonder

That such trivial people should muse and thunder

In such lovely language.

Then we asked students about their experiences reading Shakespeare’s language so far. They shared frustrations (Too repetitive! Confusing word order!) and doubts (No way could one man have written so much!). Nobody fully embraced the idea that Shakespeare was a creative genius.

Nor did anyone take issue with Lawrence’s glib use of the phrase “trivial people” or the condescending tone he took toward them. Why shouldn’t everyone muse and thunder in lovely language?

Then, we trotted out this Shakespeare versus Hip Hop quiz (one I also shared with my Facebook friends, thus the 79 responses).

People seem to get the right answer an average of about 60% of the time. Just barely a collective D-.

As some astute 11th graders pointed out, they were able to choose the “right” answers by second-guessing the test, not by deciding whether the language represented the “essence” of Hip Hop or Shakespeare.

Number 1 (78% correct!), for example, seemed to point to Shakespeare only because it sounds obviously like Hip Hop. Typical test-designers, students speculated, would include “ho” just to trick people.

Number 9 (70% correct) includes the word “shellshocked,” which another student pointed to as a giveaway, since that word didn’t exist until after the First World War. Shakespeare didn’t have any shells of that kind!

So, unless you know the exact lyric or play, or recognize testing tricks or oversights, the average person seems to have about a 50/50 chance of correctly guessing whether these quotes come from “Shakespeare” or “Hip Hop.” What does this tell us? Perhaps Shakespeare’s forte was not in his isolated mastery of “The English Language.” Instead, he may have been capturing exactly what “trivial people” said. Their wondrous language (including “ho” and “holla holla”), gleaned from Shakespeare’s active life in the pubs (so we’ve heard), may be precisely what Shakespeare wrote down.

What does that tell us about literary language? About Hip Hop? About our collective language resources? Do you know some “trivial people” that “muse and thunder” in lovely language? How do today’s artists—musicians, screen-writers, poets, playwrights—take up the talk of everyday people and use it for effect?   Please comment!

2 thoughts on “Shakespeare or Hip Hop?”